I have read about logical CSS properties a couple of times, but I never was motivated to use them. Now the time has come for me to try them out on my blog.

Basically logical properties are available for all spacing and alignment properties in CSS—margin, padding, border, position, text-align, width, height, and many more.

Historically most of these properties used top, right, left and bottom to specify where the property should be applied to an element. A typical example would be border-left: 1px solid black; which would add a border to the left of an element. This works great for western cultures where text is often left to right.

But other cultures have different systems to layout text. Some are right to left. Some flow their paragraphs from right to left instead of top to bottom. So top, right, left and bottom only makes sense in the context of the western top to bottom, left to right layout systems.

Logical properties to the rescue.

The refactoring on my website consisted of replacing spacing, sizing and alignment properties in my stylesheet with their new keywords. So the adjustment was straightforward and could be solved with a couple of search-and-replace operations. I just encountered one challenge—shorthand properties like margin and padding have no logical alternatives, instead, I needed to split them into two properties, one for block and one for inline spacing.

After that, I used the translate function of Chrome and the writing-mode CSS property to see how my site feels for different settings. And it worked great. I managed to nail it on my first attempt (to be honest I just think I nailed it, I don’t know eastern languages enough to validate if the layout is actually correct—at least it looks clean). Here you can see my styleguide translated in simplified Chinese with a vertical-rl writing-mode setting. How cool is that. The entire adjustment and test took maybe 20 minutes. 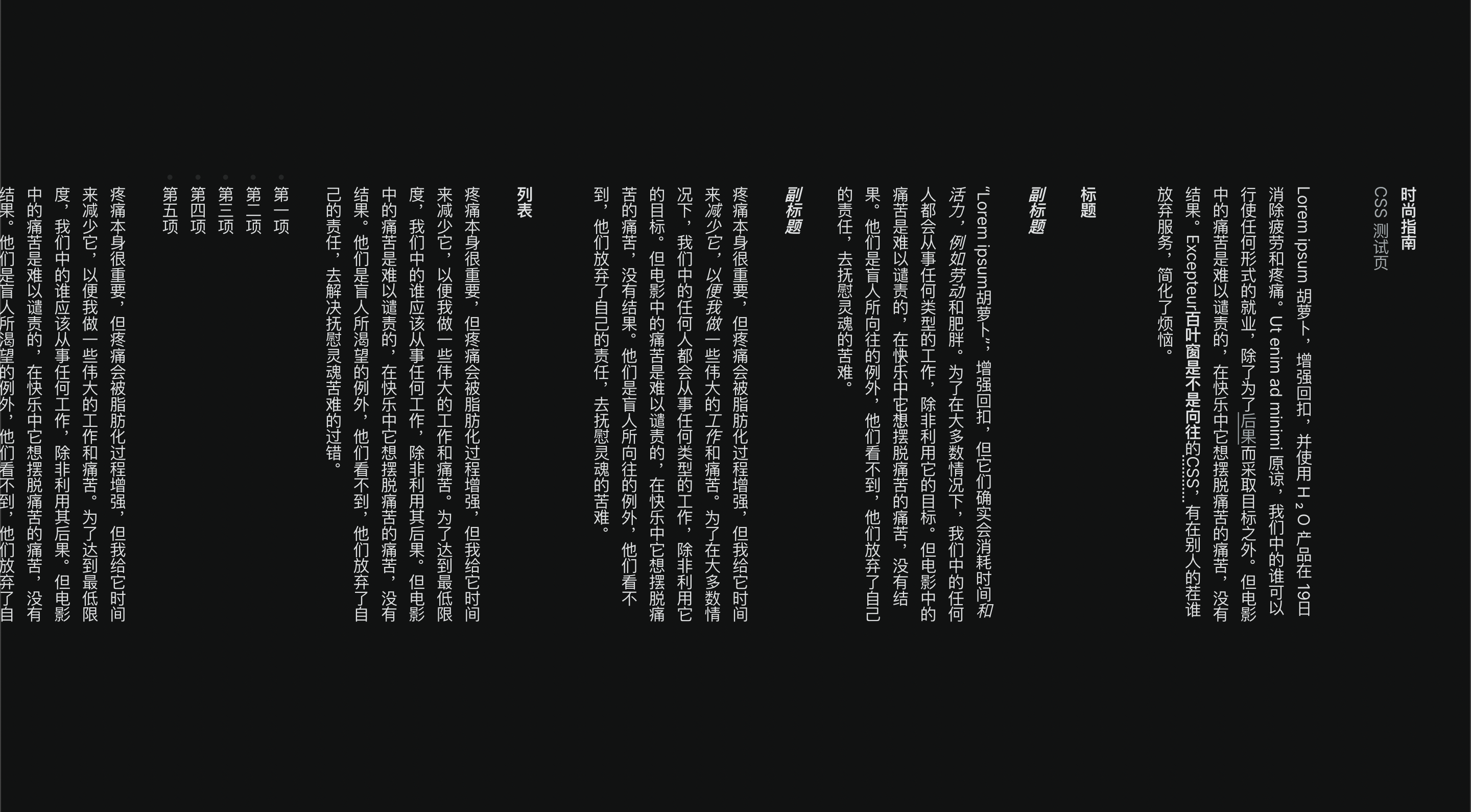